#WhyWeWearRED A Global Call to Action and Media Coalition initiative that aims to bring awareness to Murdered and Missing Indigenous Women & Girls and the Lack of Inclusion of Native Women in Film & Television.

Violence against Native women has reached epidemic proportions. Four in five Native women will be the victims of violence during their lifetimes.  Native women remain the most underrepresented minority in the industry.

In celebrating our 25th anniversary RED NATION CELEBRATION INSTITUTE ENTERPRISE this year 2020, the disheartening statistics regarding Indigenous representation in Hollywood continues. In 1977, the first contemporary television movie starring a Native actress was produced’ The Girl Called Hatter Fox’ (CBS) in where a Native actress carried a leading role! It took Hollywood 42 years to produce another one Netflix’s ‘Chambers’ in 2019.

From 2003 to 2019 it had been 16 years that America had not seen a Native actress on episodic television on ABC, CBS, NBC and FOX; these networks completely wrote out the Native narrative in regards to Native women, not one single native actress worked in a co-star role, guest-star, or series regular. RNCI founder, went in to meet with ABC Network in voicing this problematic issue. Due to the persistent work of RNCI and our Global call to action #WhyWeWearRED, RNCI is happy to say we now have representation on ABC with a series Stumptown, Tantoo Cardinal was cast as a series regular fall season 2019 however one Native actress working is a far cry from where we need to go.

Native women are 2.5 times more likely to be raped or abused than any other racial or ethnic group in the US. Eight in ten Native women will be raped, stalked or abused in their lifetime and one in three Native women will be raped, stalked or abused every year. While there is no national database on missing and murdered indigenous women, on some reservations Native women are murdered at a rate 10 times more than the national average. Meanwhile, the representation of Native women in mainstream film and television is plagued by invisibility, stereotypes and whitewashing. While the Academy of Motion Picture Arts and Sciences has reported a body that is 30 percent people of color, only 0.0026 percent of its members are Native women.

This initiative was christened “Why We Wear Red” in order to create a powerful slogan identified with a strong symbolic color and image of hand across the face to bring attention to the fact that not only are Indigenous Women more likely to be victims of these types of crimes, their plight is often ignored and their specific stories are missing from mainstream media, leading to even further victimization. The core theme of the #WhyWeWearRed campaign is the critical link between the lack of visibility in mainstream media and increased levels of violence against Indigenous Women. If an Indigenous woman goes missing and her story is not widely distributed, this in turn leads to lower chances of apprehending the perpetrator, and both she and her story are lost forever. If Indigenous women are excluded from mainstream media, their victimization is compounded because predators receive the message that this class of victims does not matter. To combat this problem, RNCI works diligently to increase the profile of the Native narrative in all types and forms of media. This campaign is broad-ranging in scope and impact given the 500-plus tribes and indigenous communities across the nation. The campaign furthers RNCI’s goal of increasing the visibility of these forgotten women, and, by bringing the issue forward, educates Americans to transform the ways in which the underlying problem is addressed. Data: “The Girl Called Hatter Fox” C.B.S. MOV 1977 was the first contemporary film about an Indigenous woman and the first time a Native actress carried the lead role. Then from 1977 “The Girl Called Hatter Fox” to 2018 Netflix’s “Chambers” 42 years went by before ‘Hollywood’ cast a Native actress in a leading role for television.

Native Women in FILM & Television #WhyWeWearRED Call to Action and media coalition founded on January 7, 2018, by actor/producer/director/founder/humanitarian Joanelle Romero of Red Nation Celebration Institute (RNCI), now in its 25th year 2020! RNCI is the longest standing Native Arts & Cultural nonprofit organization based in Los Angeles, with an office in Santa Fe New Mexico, with strong bases of support in North America and Europe. Romero has been curating films for the last 42 years with her FESTIVAL (s) RNCI Red Nation International Film Festival and Native Women in FILM including her Red Nation Television Network a streaming company. RNCI is an Indigenous women owned and operated enterprise.

In addition along with Native communities others have followed suit in wearing a red hand across their face and using #WhyWeWearRED hashtag making it a global Call to Action!

Why We Wear RED and its National Media Coalition is an advocacy group devoted to securing the freedoms, human rights, protecting American Indian culture and the environment while increasing and improving portrayals of American Indian & Indigenous women in the media, including advocating for communications policies.

Why We Wear RED Media Coalition

Why We Wear RED Philanthropy

Native Women in FILM *Why We Wear RED* had its first press conference, August 14th, 2018 in Santa Fe NM. Santa Fe is the oldest capital city in the United States and the oldest city in New Mexico.

Do YOU Know #WhyWeWearRED Brings Awareness!

Native Women in FILM encourages supporters everywhere to wear RED and/or share our hashtag #WhyWeWearRED as a show of unity, empowerment and to help find our Stolen sisters.

Your Call @yourcallradio
@NDNCinema Joanelle Romero: “Our youth don’t see themselves. Just being human on mother earth, you have to ask yourself: if our children aren’t seeing themselves represented in a positive way, what does that tell them? It tells them they don’t matter”

“Our women have always been the leaders. We’re the life givers, the nurturers of our communities & our families. #Timesup, You can’t get rid of us. We’re here to stay. Our ancestors are walking with us & holding us up.” @NDNCinema Joanelle Romero #MMIW

“America has not seen a Native actress on episodic television for 15 years. We’ve been completely written out of the narrative. Because of that, we created #whywewearred. It’s taken centuries to get to this point.” @NDNCinema Joanelle Romero on Your Call: http://kalw.org/post/raising-awareness-about-missing-and-murdered-indigenous-women-us#stream/0

Please raise awareness of the Murdered & Missing Women and the lack of inclusion of Native Women in Film & Television by sharing:

One might describe our story as the longest running #MeToo movement in U.S. history; our movement, however, predates social media by about 150 years.

According to findings in the 2016 National Intimate Partner and Sexual Violence Survey by the National Institute of Justice, 84.3 percent of Native women experience violence in their lifetimes; 56.1 percent are victims of sexual violence.

2016 National Institute of Justice statistics back up their complaints:

* More than 4 in 5 American Indian and Alaska Native women have experienced violence in their lifetime. That includes sexual violence, physical and/or emotional aggression by a partner, and stalking.

* Alaska Native women endure the highest rate of forced sexual assault and fall victim to domestic violence at a rate 10 times higher than anywhere else in the United States.

* Ninety-six percent of Native American victims of rape or sexual assault are attacked by non-native assailants.

Efforts to combat sexual violence against Native American women are underway, including three bills aimed at directing more resources to victims of crime in Indian Country, ensuring tribes have access to federal criminal databases, requiring more data collection on Native human trafficking victims and initiating a national dialogue on missing and murdered Native women.One of the bills, known as Savanna’s Act, responds to growing concerns about the large numbers of missing and murdered Native women. Data is scarce, partly because the Department of Justice has never been required to track the data, but Sen. Heidi Heitkamp (D-North Dakota) – who introduced the bill – said more than 5,700 cases of missing Native women were reported in 2016 alone.”The actual number is likely much larger, due to chronic under-reporting,” she said during a Senate Committee on Indian Affairs hearing in October on the three bills.

ABOUT: Native Women in FILM

NATIVE WOMEN IN FILM & Television is a program of Red Nation Celebration Institute. 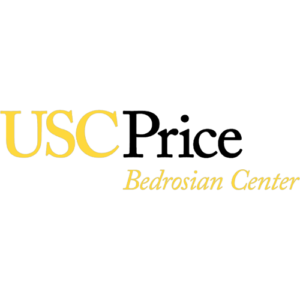 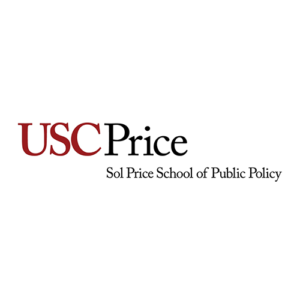