Facts: Women and children are at home with their abusers due to pandemic. Human Trafficking is still happening No More Stolen Sisters.

Justice for American Indian, Alaska Native, and Native Hawaiian women and their children, by bringing awareness to this critical issue. Missing and murdered Native women and girls and the lack of inclusion of Native Women in Film & Television are inextricably linked.

‘When we don’t see Native women in media, and not seen in the bigger picture, it implies that we don’t matter, that our lives don’t matter. I’m a survivor of sexual assault. I was kidnapped, held hostage, drugged to unconscious for 10 days. At a moment of consciousness, I begged them to let me go. I am here to tell my story and speak for the ones who can’t.’ – Joanelle Romero

#WhyWeWearRED brings together survivors and Indigenous communities to heal and visualize a better world free from sexual harassment and violence.

Women and Girls are Sacred

We believe that we can continue to build strong support and action around MMIWG #WhyWeWearRED but only with your help.

Please join us for the following activities:

Thank you for your continued support, participation, and for the work that you do in each of your communities to raise awareness for missing and murdered Native women and girls.

Native Women in FILM & Television #WhyWeWearRED is a program of Red Nation Celebration Institute (RNCI), the longest standing Native Arts and Cultural nonprofit in the City of Los Angeles, founded in Santa Fe New Mexico in 1995.

To learn about how you can get involved as a #WhyWeWearRED partner, please contact us 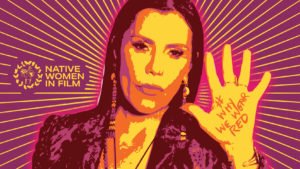 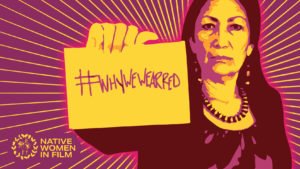